Entering his 25th year in the industry, Scott Wood is Co-founder and Chief Executive Officer of True North Advisors. Believing that a fee-based rather than commission-based structure is the standard for truly impartial investment advice, Scott partnered with Mark Gehlbach to found True North as one of the first fee-based firms in the country. Scott is the architect of the firm’s vision, strategy and culture and is a member of the firm’s Investment Policy Committee. He also shares responsibility for shaping the growth, profitability and marketing of the firm. Scott holds the distinction of being a Certified Investment Management Analyst® (CIMA) – awarded by the Wharton School of Business – and is a Chartered Private Wealth Advisor®. Scott is also an active member in the Investment Management Consulting Association (IMCA). He was recently named to the Dallas 500 as one of the the most influential business leaders in North Texas and one of the top 12 in the Investment Industry. At heart, Scott is an entrepreneur. After graduating from Baylor University with a Bachelor of Business Administration in Finance and Economics, Scott began his career at Chase Manhattan Investment Services, New York, where he was responsible for the day-to-day management of this new venture’s privately managed accounts and trading operations. He moved to Dallas with Chase and began working within a fee-based structure. While there, Scott was recognized as a top-ten producer in Chase’s national network, embracing the entrepreneurial latitude he was afforded to conduct business in a new, client-centric way. A visionary in terms of guiding principles, Scott moved to Lockwood Financial, the only independent advisory platform at the time, because he knew the company represented the future of the industry. With experience to round out his philosophies, Scott left to start True North Advisors to expand the services he could offer in a fee-based environment. Today, as a leader in the industry, he continues to advocate against conflicts of interest that compromise objectivity and transparency for the client. Locally, Scott is a member of the Salesmanship Club of Dallas, and is currently serving as Chair of the Retirement Plan Committee for the Club. He is the Vice Chair of the North Texas Young Presidents Organization, and also serves on the Board of Directors of the Tom Landry FCA Foundation. Additionally, he is a Board Member of the Men’s Advocacy Group (MAG), a branch of New Friends New Life. He is a dedicated family man who enjoys health, fitness and giving back to the community and his church. His passions include spending time with his family as well as surfing, snow skiing, and anything outdoors.
Find me on: Brexit, Voice ID, The Power of An Estate Plan, and More

We hope you had a wonderful fourth of July weekend, celebrating the freedom and independence we have in this great country. As a new month starts, it's time for the Five, Five, Five: five current updates, that you can read in five minutes or less, sent on the fifth day of each month. 1. BREXIT... END_OF_DOCUMENT_TOKEN_TO_BE_REPLACED True North Advisors and the No Harm Network

June 10, 2016, Dallas, TX - One of True North's core values is "Others First." Whether we are serving clients, fellow employees, or our Dallas community, we fundamentally believe the needs and interests of others come before our own. Our desire to put others first makes us proud to announce our... END_OF_DOCUMENT_TOKEN_TO_BE_REPLACED April 7, 2016, Dallas, TX - Yesterday, the Department of Labor (DoL) announced the final version of its Conflict of Interest Rule on Retirement Investment Advice. As many of you may know, this fiduciary rule was introduced last April, and has been under revision and review the last year. END_OF_DOCUMENT_TOKEN_TO_BE_REPLACED 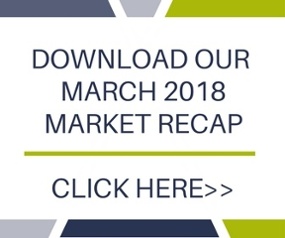